Well, it’s been quite a while since my last post, and since then, quite a bit has been achieved.

I have now got CV track and rail laid from the Sydney end of Kankool up to the approximate location of the Up Home signal at Ardglen, which is shown by the red line in the image below.  A total length of around 38 metres (125 feet).  This was achieved over about a six week period. 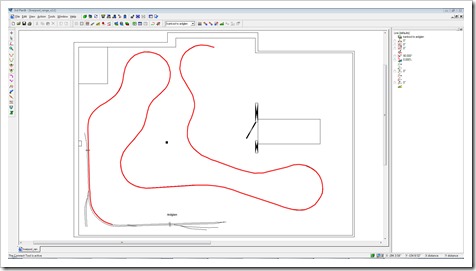 I continued with the rail laying process as described previously here.

Work has also commenced on the first of the Ardglen turnouts at the Kankool end.

During the last few months, I also spent some time finishing up the weathering on three more 45 class locomotives and the fitting of Loksound Select DCC decoders and sugar cube speakers.

Below are some shots of the weathering on the 45’s.