Yesterday I completed the final wire-in-tube terminations from the Kankool frame.

The runs to signals 15,17 & 18 had been left until last as I had to work out how I was going to operate the three arms.

Due to the hardware that is used when terminating the tube runs, and the space it requires, I had to come up with a different method for the three arms.  A block was mounted under the spline for signals 15 & 18, but a separate one was required for signal 17.  This also made it necessary to reverse the direction of throw for signal 17 from a “pull” to a “push”, so I fabricated a small crank. 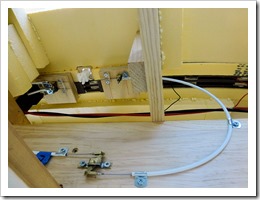 So, as mentioned, this completes all wire-in-tube runs from the frame to all turnouts and signals.

I have also constructed a timber surround for the frame to not only conceal the frame workings, but to simulate the floor of a signal box.

This needed to be made removable to allow future access to the locking bed for maintenance purposes.  The surround is removed by sliding it away from the fascia. 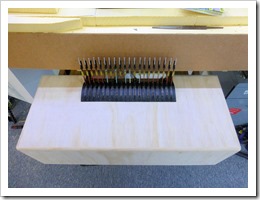 As this will probably be my last post for 2016, I hope everyone has a Merry Xmas and Happy New Year!

Whilst recently carrying out final adjustments to the wire-in-tube controls to turnouts 7, 9 and 12 at Kankool, I discovered a minor problem with the control of turnouts 7.  On the prototype, lever 7 controlled two turnouts, both labelled ‘7’.  See the diagram below.  These two turnouts operated off the same single rodding run, as they were required to operate in tandem.

My original thought was that I would be able to simulate this in model form by operating both turnouts from the one control wire from the frame.  This was done by passing the control wire from the frame through turnout 7 on the loop first, then terminate at turnout 7 on the main.  This seemed like a good idea in theory, but when it came to adjusting the throw of each turnout, I couldn’t get both to operate successfully in tandem.

Two of the brass ferrules were soldered together to enable both control wires to terminate on the one lever.

I was now able to adjust each turnout independently from each other.

Well, the Kankool lever frame is finally fixed in its position in the layout.

Whilst I was at the Liverpool model railway exhibition in Sydney over the October long weekend, Dale Richards made some modifications to the locking bed of the frame, as we had found some errors in the interlocking.

Upon returning home, I decided it was time to permanently mount the frame and connect the levers to the wire-in-tube, especially to the turnouts, so final testing and adjustments could be done.

So, the cranks were disconnected from these levers, and new connecting rods made.

Below is a picture of the changes made.

Below is a picture of the frame now fixed in place with the redirected signal tubing clamped to a new mounting block.  The existing horizontal runs can also be seen. 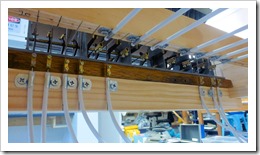 I can now do final testing and adjustments to the turnout runs.

Following on from my previous post on the tiebar installation, I have been carrying out testing of the new tiebars and turnouts in situ.

As outlined in a previous post, the wire-in-tube (WIT) hardware were mounted on timber bases directly underneath the spline at each turnout location.

The wire from the turnout back to the lever frame was temporarily connected to the frame using brass screw ferrules from terminal blocks.

It was also found that the length of tube attached to the underside of the tiebar was too long.  So this was reduced to around 3mm in length. 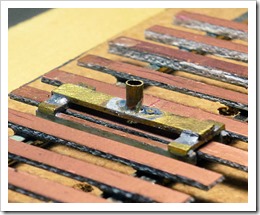 To reduce the drive shaft length, I realised that a reduction in spline thickness would be necessary at each turnout location.

After carrying out some tests with different drive shaft lengths, I found that a length of around 15 to 17mm operated much more reliably.  I decided to reduce the spline thickness to 10mm.  This was removed quite easily with my multi tool and saw blade.  At one of the other locations, I had to use a router. 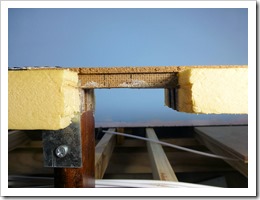 Once the spline was cut away at each location, the previously made timber mounts for the WIT hardware were re-attached to the spline by gluing in place. 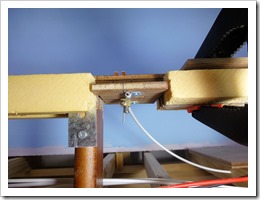 I am quite happy with the result, so the next stage will be to paint the turnouts and fix in place.

I have made a short video showing the turnout operating from the lever frame.

I have made more progress on the Kankool turnouts.  I have now fitted tiebars.

I have always wanted to have tiebars that look as realistic as possible, within the bounds of practicality for HO scale and reliable operation.

Ever since I saw a post on Rene Gourley’s Pembroke blog, I have wanted to achieve a similar result.  Here is another link to a photo of his tiebars in situ.

Some time ago, Rene kindly sent me one of his 3D printed tiebars.  I had planned to look at his design and see if it could be adapted to my new track standards.

I put the whole thing on the back burner for a while, but resurrected it nearly 12 months ago when it was getting to the point that I was going to need something to be able to complete the turnouts.

I put the idea to a mate who is a bit of an expert on 3D design.  He thought the idea had merit, so I left it with him to come up with a design.

Over the last few months however, I began to have reservations about the 3D print idea.  Because the plastic tiebars would have to be glued to the points, I was worried about the mechanical strength of such a bond.  Also, as the 3D printing thing is still relatively new, the materials are untested over time.  Will they deteriorate over the next twenty years?

When Andrew and I built the P87 turnouts for Bowen Creek, we used thin pieces of printed circuit board that would allow for a soldered joint to the points.  So began the manufacture of a prototype. 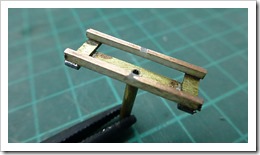 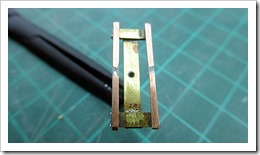 My design uses brass strip soldered together in a similar design to Rene’s.  It still allows the tiebar to slide underneath the second sleeper back from the toe.  It also has a drive tube underneath into which the wire-in-tube turnout activator will fit.

I had to have a method of holding the tiebar underneath the turnout whilst soldering to the points.  So, using a piece of old melamine shelving, I marked out and routed a recess for the tiebar to sit in. 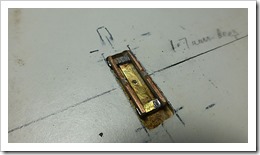 The turnout was then located over the tiebar and clamped in position.

The finished tiebar!  It is then tested for binding and to ensure both points sit snugly against each stockrail.  The turnout can then be removed from the melamine base.  The plan is to temporarily clamp the turnout in position on the roadbed and connect the actuator and test the operation using the wire-in-tube.  Once it is proven to work effectively, the turnout will be painted and prepared for final installation on the roadbed.

A similar recess for the tiebar was routed out in the cork roadbed at each location.

I’ve done some more installation of the Wire-in-tube (WIT) system for points and signals at Kankool.

Some timber bases were made to fix the WIT hardware to underneath the spline at the Willow Tree end of Kankool loop.

These have been made adjustable to allow for final tweaks when the turnout throwbars are installed.

The next photo shows a shot from underneath the spline of the mounting block for the Up Home Main & Loop bracket signal and the mainline turnout to the loop. 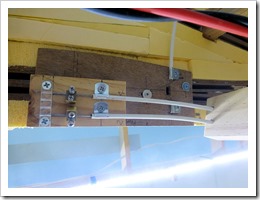 The next photo shows a shot above the turnout complex at the Willow Tree end.  The loop of WIT that can be seen is to connect both mainline and runaway points to a single cable (lever #7).

This now completes the WIT installation for the Willow Tree end of Kankool.  Scenery installation can now commence in this area.

I have started to install the wire-in-tube (WIT) system that will operate the signals and points at Kankool.

The system is designed and sold by Modratec in Brisbane. 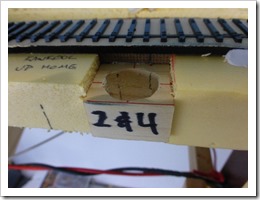 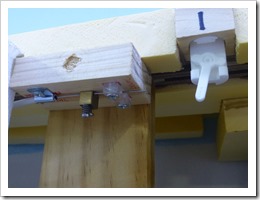 The photo above shows a view underneath one of the WIT termination blocks.  The cable from the lever frame is on the left and another wire then connects from the brass block to the lever on the signal actuator.

The WIT cables from the points and signals all come back to a termination block at the lever frame. 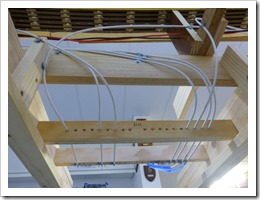 Refer back to a post here for a view of where the lever frame will sit.  Go to the last photo.

I have also added extra cranks and linkages to the levers of the Kankool frame to convert from a vertical to horizontal movement.

I had a mate laser cut some new cranks and got some clevises cast in brass to connect them altogether.  The wire throw to the points and signals will attach to the bottom clevis.

I realised I needed to commence the WIT installation before any scenery work could start, so I have already installed cables to nearly all signals, but I have to work on the turnout throwbars before I can terminate the point cables.